Alaska’s sealing and expungement laws are limited. The law has no provisions to remove or destroy adult criminal records where the defendant was convicted, as seen in some US states. However, non-conviction records, although confidential, may be sealed. No state court or agency can seal a non-conviction record unless under the specific circumstances established in Alaska Stat. § 12.62.180(b). Neither can the court disclose any sealed information unless permitted by law. Alaska courts offer certain offenders the option of setting aside their convictions. An order to set aside a conviction does not destroy a criminal record like an expungement. Ordinarily, juvenile criminal records are confidential and inaccessible to the public. When asked, anyone with a sealed record can deny the record’s existence.

The Difference Between Sealing and Expunging Criminal Records

In Alaska, criminal records can be sealed, not expunged. Typically, an expungement order erases or destroys a criminal record, including information on an arrest, conviction, charge, or sentence. However, criminal records can only be sealed under provisions given by the state’s law, and these conditions are minimal. When a criminal record is sealed, it is made confidential to members of the public. No one can legally access the sealed record unless it is allowed under Alaska Stat. § 12.62.180(d). Although there are no expungement laws, a court may set aside a conviction. Unlike an expungement, a set-aside order does not conceal, seal, or destroy a record. All convictions that have been set-aside are still viewable by the public, including the set-aside order confirming that the conviction is void under the law.

How to Seal a Criminal Record in Alaska

A juvenile delinquency record is sealed automatically when the defendant turns 18 years old or upon the court’s release of the jurisdiction (Alaska Stat. § 47.12.300 (d), whichever happens later. A juvenile who was tried as an adult will have this record sealed once five years have passed from the completion of the sentence. This individual may petition the Superior Court to seal the record unless they are pertaining to traffic offenses (Alaska Stat. § 47.12.300(f)).

The criminal record of an adult cannot be sealed unless the charge or conviction was based on mistaken identity or false accusation, and the petitioner can prove this, beyond a reasonable doubt, to the agency in charge of maintaining the records (Alaska Stat. § 12.62.180).. Anyone requesting to seal an Alaska criminal record may complete the form titled Request to Seal a Criminal Justice Information. Applicants must provide evidence that they were acquitted because of the error or that the charges were dismissed. Where the individual was convicted, the petitioner must prove that a court has set-aside or overturned the conviction, or the Governor pardoned the conviction because of the error.

Individuals may also ask a court to exclude or remove certain criminal information from public view—the Alaska online public index, CourtView. These records can only be removed when a case was dismissed or the defendant acquitted of some or all criminal charges. Specific conditions include:

The form to file is the Request To Exclude Case From Online Public Index. An individual may submit this form to the clerk of a local trial court.

What Crimes Can Be Expunged in Alaska?

As already stated, criminal convictions are not expugnable in Alaska. As a result, there are no crimes outlined in the state’s statutes for which an offender may obtain an expungement. Criminal records can either be set aside or sealed in certain conditions.

How to Expunge Criminal Records in Alaska

Do Sealed Records Show up In Alaska Background Checks?

No, sealed records do not appear in Alaska background checks. Sealed criminal records are non-public and confidential information and only available to specific parties indicated in Alaska Stat. § 12.62.180. However, convictions that have been set-aside will still appear on background checks in Alaska.

Who Can See Sealed Criminal Records in Alaska?

Under Alaska Stat. § 12.62.180, sealed criminal records can only be disclosed to an individual or agency if the request is for the following purposes:

Persons with access to sealed juvenile records include parties with a legitimate interest in the inspection of the record, including crime victims (Alaska Stat. § 47.12.300(e))

How to Obtain Sealed Records in Alaska

Anyone permitted to obtain a sealed record in Alaska under Alaska Stat. § 12.62.180, may request from the applicable state agency responsible for maintaining the sealed record, as this information is not available to the public. 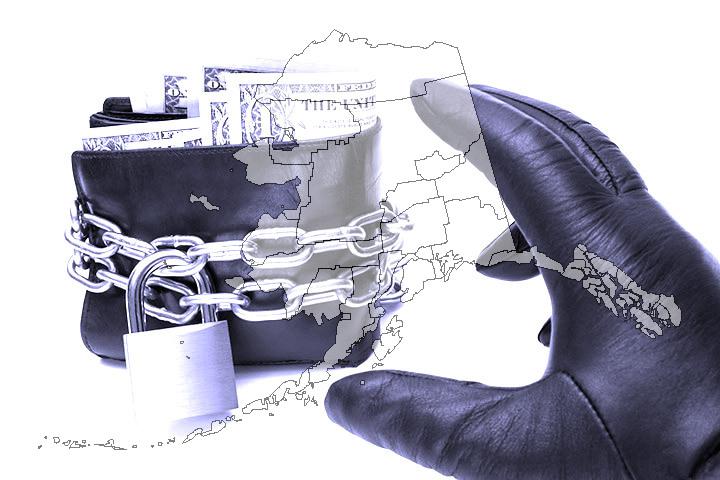