I Agree
How Does The Alaska District Court Work? | AlaskaCourtRecords.us
Alaska Court Records

How Does The Alaska District Court Work?

The District Court serves as Alaska’s trial court of limited jurisdiction. It was created by the Alaska constitution in 1959 to resolve all minor cases in the state. Court cases brought before district courts are handled by district court judges or judicial officers (magistrate judges) depending on the case type. According to Sec. 22.15.020 of the Alaska Statutes, The District Court consists of 19 district court judges and 53 magistrate judges. However, the number may change as deemed fit by the Alaska Supreme Court.

As a court of limited jurisdiction, the District Court hears minor civil and criminal cases including:

The Court of Appeals also issues arrest and search warrants to law enforcement. The Superior Court usually hears civil appeals from the Alaska District Court. However, an aggrieved party has the right to appeal straight to the Court of Appeals.

Judicial officers serving in a district court are known as magistrate judges. They have limited authority than the district court judge, and their jurisdiction includes cases involving:

Note that prospective judges must have served as a magistrate for at least seven in the state. Magistrate judges are not necessarily lawyers. However, they must be below 21 years old and must be US citizens. Also, they must have lived in Alaska for not less than six months before the appointment. The presiding judge of the judicial district selected by the Supreme Court has the power to appoint magistrate judges.

All appointed judges and judicial officers are mandated according to AS Sec. 22.15.180 to take an oath of office. Each district judge and each magistrate shall hold court at times and places assigned by the presiding judge.

The length of a district court case in Alaska depends on the case type. Generally, criminal offenders are arraigned in district courts within 34 hours of arrest. Misdemeanor or Infractions are resolved within 120 days in compliance with the state’s speedy trial rule. Typically, civil court cases take a longer time—up to a year—to be resolved. However, small claims cases may be resolved within a shorter time.

The clerk of each district court in Alaska is tasked with creating and keeping case records. These records contain details such as court dockets, transcripts, names of the plaintiff/defendant,f the presiding judge’s name, and names of legal representatives. Interested persons can gain access to these records by using the courtview search platform created by the Alaska court system.

Requesters can locate district case records by using the case number or other relevant details of the case. Alternatively, requesters may visit the clerk of court in the district court where the issue was resolved. A copy of a paper file costs $5, while subsequent copies made at the same time are $3. The clerk charges $10 for certified copies and $15 for authenticated/exemplified copies. Below are the addresses and contact details of all district courts in Alaska: 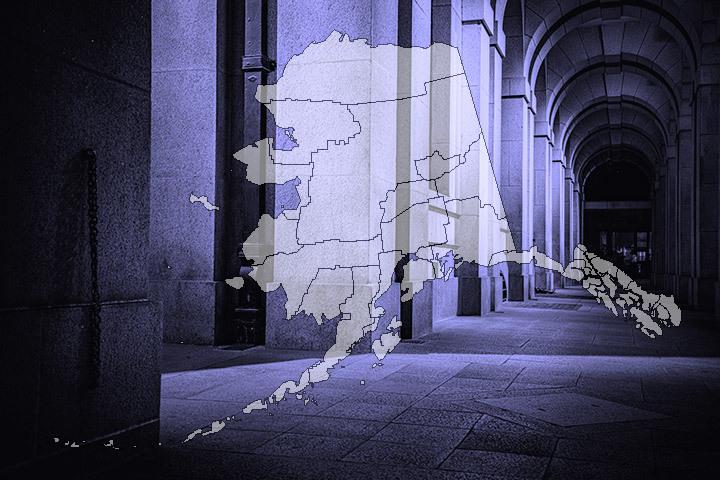