I Agree
What are Alaska Traffic Violations and Infractions? | AlaskaCourtRecords.us
Alaska Court Records

What Are Traffic Violations And Infractions In Alaska?

Alaska State traffic-related offenses can be either violations or infractions. The state’s trial courts hear traffic crimes, and their penalties are determined based on the severity of the offense.

What Are Felony Traffic Violations In Alaska?

Under Alaska law, felony convictions are serious offenses that are punishable by at least a year imprisonment in a state jail facility. The penalty for felony traffic violations might also include fines. Felony traffic offenses typically attract the state’s highest penalties because they often involve death, serious injuries, or destruction of property.

Under the Alaska statutes on Classification of Offenses, there are three classes of felony offenses:

Felony traffic violations in Alaska include:

What Are Traffic Misdemeanors In Alaska?

Traffic misdemeanors in Alaska are less severe than felonies and are punishable by a year of incarceration or less. Some traffic misdemeanors may lead to the suspension or revocation of offenders’ licenses and points may also be incurred on their driving record. Alaska criminal law establishes two classes of misdemeanor offenses:

Examples Of Traffic Misdemeanors In Alaska?

Traffic offenses that are misdemeanors in Alaska include:

What Constitutes A Traffic Infraction In Alaska?

Traffic infractions in Alaska fall under the Minor Offense Rule and are not criminalized violations. Infractions are punishable by payment of fines and the accumulation of points on the offender’s driving records. Offenders that have many points on their driving record may have their licenses suspended or revoked.

Unlike traffic violations, the penalty for infractions does not include imprisonment. If the offender qualifies, the traffic court may also mandate a driving improvement program.

Examples Of Traffic Infractions In Alaska?

Traffic violations that are infractions in Alaska include:

How Does Traffic Tickets Work In Alaska?

Traffic tickets in Alaska is a citation issued to persons who disobey the state’s traffic laws. Law officers in Alaska are responsible for issuing traffic tickets to offenders. Upon the issuance of a ticket, offenders are required to resolve them within 30 days to avoid further penalties. Traffic tickets are usually punishable by fines and the addition of point to driving records.

To contest traffic tickets, interested individuals may plead not guilty to the violations and argue it in a court for possible dismissal of the ticket.

In Alaska, the Division of Motor Vehicles assigns points value for traffic offenses to recognize and rehabilitate problem drivers. Traffic offenses that are more likely to cause accidents have higher point values. The accumulation of 12 points within a year or 18 points within 24 months results in a suspension or revocation of the offender’s driving privileges. To reduce incurred points, motorists can complete a defensive driver course for a point reduction. Interested individuals can view the points assigned to different traffic violations on the DMV points webpage.

Are Traffic/Driving Records Public In Alaska?

Traffic-related records and driving records are public information in Alaska following Sec. 28.15.151. of the Alaska Statutes. Upon request, the Alaska DMV can provide records maintained for copying and inspection. The DMV records services may provide records within 10 days after receipt of requests. However, the public does not have access to information that the department may feel poses a potential threat or breach of privacy to individuals.

Records that are considered public may be accessible from some third-party websites. These websites often make searching simpler, as they are not limited by geographic location, and search engines on these sites may help when starting a search for a specific or multiple records. To begin using such a search engine on a third-party or government website, interested parties usually must provide:

How To Find Traffic/Driving Records In Alaska?

The Alaska Division of Motor Vehicles is responsible for the management and dissemination of traffic-related records and driving records within the state. In Alaska, points gotten from traffic violations can stay on driving records for up to 5 years.

Records maintained by the DMV may be obtained online via the Driving Record Request site. Interested individuals may fill in the required details and get desired records in a pdf format or via email. Requestors can also complete the Request for Driving Record Form and submit it at their local DMV office. The DMV records division charges a fee of $10 for each driving record obtained.

Can Traffic Violation And Infractions Be Expunged/Sealed In Alaska?

Typically, Alaska laws make no provisions to expunge convictions including traffic violations and infractions. When records are expunged or sealed, they become inaccessible to the public.

While the Alaska laws don’t generally allow the expunction or sealing of traffic offenses, interested persons may petition the court to seal records if it is beyond a reasonable doubt, that is, cases of false accusation or mistaken identity. Individuals who fall under either category may complete the Request to Seal Criminal Justice Information form and submit it to the address: 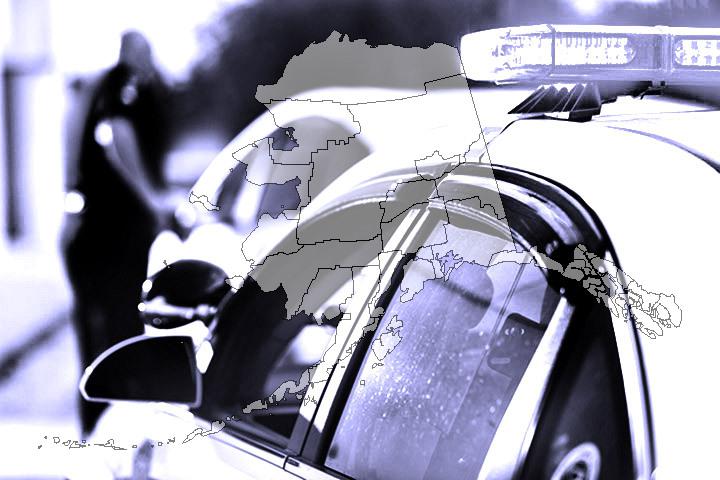