Alaska civil court records are official documents containing information on cases of conflicts between partnerships, organizations, and individuals, which involve money generally, and are not considered as crimes. The District Court in Alaska is a trial court. It has authority over civil cases in the state, such as medical malpractice, defamation, battery, restraining orders, fraud, personal injury, divorce, property conflicts, and other financial disagreements. In Alaska, there are 23 District Courts, and the District Court judge has jurisdiction over civil cases where the claims do not exceed $100,000, small claims cases of $10,000 or less, and wage claims that are not more than $20,000.

The Alaska Open Records Act was initiated so that citizens can monitor decisions taken by government agencies to ensure accountability and facilitate a sense of transparency. Hence, Alaska civil court records can be reviewed and copied by residents. A record can be withheld from the public if there's a legal order by the court. Records that may be automatically sealed included cases involving a juvenile, adoption, sanity, conservatorship, and guardianship.

Records that are considered public may be accessible from some third-party websites. These websites often make searching simpler, as they are not limited by geographic location, and search engines on these sites may help when starting a search for a specific or multiple records. To begin using such a search engine on a third-party or government website, interested parties usually must provide:

In Alaska, the District Court which is also in charge of lawsuits involving civil action has jurisdiction over criminal cases and civil cases including;

What is the Difference Between Criminal Cases and Civil Cases?

Criminal cases are mainly offenses against the state and are prosecuted by the state. In a criminal court, the punishment for lawlessness involves paying a fine, being subject to incarceration, house arrest, or probation. Some examples of criminal cases are murder, theft, assault, arson, child abuse, and rape.

Civil cases usually involve conflicts between people or organizations concerning the legal obligations and duties the parties owe. In civil court, punishments for liability include compensation, which the guilty party must give to the offended party. A few examples of civil cases are negligence, breach of contract, torts, and property damage.

How Do I Find Civil Court Records In Alaska?

The Records Department, through the Clerk of District Court, is the custodian of files created from civil cases in Alaska. Persons who want to access civil court records should send a request to the Clerk of Court where the case was filed initially. Such requests can be sent by email, mail, fax, or in-person. Requestors from Saint Paul Island, Sand Point, and Anchorage are required to fill TF-311 ANCH. The forms TF-311 FBKS and TF-311 PA should be completed by residents of Fairbanks and Palmer, respectively. Citizens of other Municipalities in Alaska must fill out form TF-311 before the request for civil court records can be honored. The Alaska Court System has a directory where residents can look up court addresses and contact information.

The rate for the first document requested is $5.00, while additional copies will be billed at $3.00 each. Certified civil court records cost $10.00 for the first copy and $3.00 for additional copies. If the case number that should ease the record search is unknown, a research fee of $30.00 per hour will be charged. The requisition of audio recordings includes a $20.00 payment for each disk.

How Do I Find Civil Court Records Online?

The Alaska court system operates an online database where interested persons can obtain civil court records for a fee. To look up files of a civil case in Alaska, search by case number, party name, and attorney name. However, sealed records are restricted from online access.

What is Included in an Alaska Civil Court Record?

How to Access Alaska Civil Court Records For Free

The United States Department of Justice has various online channels where interested persons can retrieve Alaska court records without charges. However, most of these websites are third-party sites, and accuracy may not be guaranteed. The limit to this electronic access is extended to records of cases involving minors and files that have been sealed within the court jurisdiction.

How to Seal Civil Court Records in Alaska?

Motion to seal civil court records in Alaska requires filling a form, which is downloadable online. Once the form has been completed, the applicant should mail it to the Office of the Clerk in the District Court where the case was heard. The judge will only attend to applications stating that the information contained in the case file discloses business information, poses a risk of injury to individuals, and violates individual privacy rights and interests. If the judge views the request and decides to approve it after consideration, such a record will still be on the public index but cannot be accessed by the public.

Following the Alaska Public Records Act, records withheld from public disclosure by legal authorities may not be viewed by the general public. However, sealed records in Alaska can only be assessed by the participating parties and law enforcement officers. 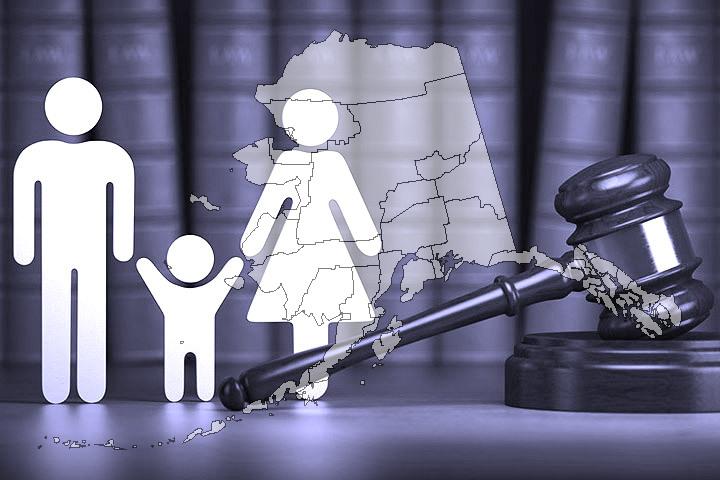