I Agree
The Difference Between Felonies Misdemeanors and Infractions in Alaska | AlaskaCourtRecords.us
Alaska Court Records

Felonies, Misdemeanors, and Violations in Alaska

The criminal justice system in the state of Alaska categorizes offenses as felonies, misdemeanors, and violations. There are a few exceptions to this classification, such as murder, kidnapping, and selected sex offenses. The exceptions are unclassified felonies and are considered the most serious offenses in Alaska. The Alaska criminal law offers guidelines for offense classification, definition, and sentencing.

What is a felony in Alaska?

In Alaska, felonies are typically offenses that cause serious injury, a risk of serious injury, or any other form of violence towards a person. They are punishable by prison terms of more than one year, fines, probation, community service, forfeiture, or rehabilitation programs (AS 12.55.015).. When an Alaska crime is tried, the court may combine any of the penalties as it deems necessary for each offense. Felonies are categorized into classes A, B, and C in Alaska, depending on the severity of the crime (AS 11.81.250)..

What are some examples of felonies in Alaska?

Some examples of offenses classified as felonies in Alaska include:

Can I get a Felony Removed from a Court Record in Alaska?

Alaska’s criminal law does not provide for the expungement or removal of felony records. However, if a person is convicted of a felony based on a false accusation or a case of mistaken identity, such a person may request that records relating to the case be sealed. Each criminal justice agency in Alaska can only seal records they are responsible for maintaining. Applicants must complete a written request to seal criminal justice information and submit it to the head of the agency responsible for maintaining the records in question. However, it must be provable beyond reasonable doubt that the person was falsely accused or their identity was mistaken (AS 12.62.180).. If a person’s felony records are sealed under these conditions, they may legally say that they were never arrested, charged for, or convicted of the crime. Conditions under which sealed records can be disclosed include:

Felony charges that were dismissed or convictions that have been set aside will remain on the person’s criminal history. However, when a conviction is set aside, the record is considered past conviction information (AS 12.62.900).. It contains such information as any sentencing, probation, or parole terms, and information confirming the reversal, vacation, or pardon of the conviction.

Apart from imprisonment, fines, forfeiture, and any other penalties imposed by the state statutes and the court, felony convictions have other consequences. These may include a loss of right such as:

Persons with felony records may also not be eligible for college admissions, affordable housing, and certain federal loans and grants. Some civil rights are restored once a convicted person is unconditionally discharged or if their conviction is set aside. Also, when a convicted person is pardoned by the governor, all their civil rights are restored. Disabilities arising from the conviction are also removed.

Is expungement the same as sealing court records in Alaska?

There are no provisions for the expungement of court records in Alaska’s state statutes. However, under certain circumstances, court records may be sealed. When a court record is sealed in Alaska, it is retained on the criminal justice information system of the agency responsible for maintaining such records. Access to the records is restricted to only authorized persons (AS 12.62.900) and uses authorized by court order or state statutes.

How Long Does a Felony Stay on Your Record in Alaska?

In Alaska, accurate felony convictions cannot be expunged or sealed, and therefore will stay indefinitely on a person’s criminal history record. However, as provided by AS 12.62.190, criminal justice agencies may purge records they are responsible for maintaining if the records are deemed unuseful. This could be due to:

When a record is purged, it is deleted or destroyed so that it can no longer be accessed. Each agency determines which records are purged and when.

What is a Misdemeanor in Alaska?

Misdemeanors are criminal offenses that are less serious than felonies. They typically involve less violence against or risk of injury to a person, less serious offenses against public administration, and properties. They are punishable by no more than one year in county jail and fines of up to $25,000 (AS 11.81.900, 12.55.035).. In Alaska, misdemeanors are grouped into Classes A and B.

What are some examples of Misdemeanors in Alaska?

Some examples of misdemeanors in Alaska include.

Can I Get a Misdemeanor Removed from a Record in Alaska?

Alaska state statutes do not provide for the expungement or removal of records. However, if it can be proven beyond reasonable doubt that a person was convicted based on a false accusation or mistaken identity, records of such misdemeanors may be sealed (AS 12.62.180).. Such persons may submit a request to seal criminal justice information to the head of the criminal justice agency that maintains records of the offense. If the records are sealed, they will become non-public records, only accessible to subjects of the records or other authorized persons.

Can a DUI Be Expunged in Alaska?

In Alaska, DUI records may not be expunged. Sentence imposition may also not be suspended for DUI offenders (AS 28.35.30).. Persons convicted of DUIs are not eligible for probation unless they serve the minimum terms of imprisonment required and pay the minimum required fines. They may also have their licenses revoked or suspended, or forfeit the vehicle used in the commission of the crime.

What constitutes a Violation in Alaska?

What are some examples of Violations in Alaska?

Examples of violations in Alaska include:

Can Violations be Expunged from an Alaska Criminal Court Record?

Violations are not considered criminal offenses in Alaska. However, records of minor traffic violations may be kept by the department of motor vehicles (DMV). Accumulated offenses may result in a suspension or loss of driving privileges and/or licenses. 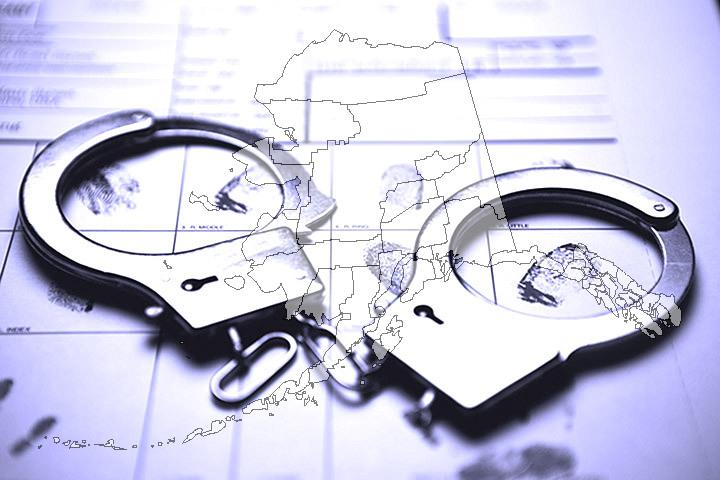