I Agree
What To Do When You Are On Trial For a Crime in Alaska | AlaskaCourtRecords.us
Alaska Court Records

What Do You Do if You Are On Trial For a Crime in Alaska?

In Alaska, felony and misdemeanor offenses perpetrated by adults or juveniles are prosecuted under criminal laws and regulations of the state. When an individual commits a crime, they are arrested/summoned, booked, charged, and convicted following criminal procedures established in Alaska Statutes. Under the state’s laws, a criminal defendant is presumed innocent until proven guilty. Every defendant has the right to counsel, the right to a trial, the right to an impartial jury, among others. Within 24 hours of an arrest, a defendant is arraigned before a trial court judge who informs them of the possible penalties of the crime and the defendant’s right to hire a private attorney or to have one appointed by the court. At this initial hearing, bail is considered by the judge. For a misdemeanor offense, the defendant is required to enter a plea: guilty, not guilty, or no contest (nolo contendere). Anyone who enters a guilty or no contest plea may be sentenced immediately or have a date scheduled for sentencing. When a defendant enters a not-guilty plea, the judge sets a trial date for the defendant. For a felony offense, the defendant enters a plea at another hearing (formal arraignment) after a grand jury decides whether or not to proceed with an indictment. As with misdemeanor offenses, a judge sets a trial date when the defendant pleads not guilty to a felony offense. A defendant may be required to attend several pretrial hearings before the scheduled trial date.

What Percentage of Criminal Cases go to Trial in Alaska?

The Administrative Office publishes annual statistical reports of the trial courts (Superior and District Courts) in Alaska. In the 2019 Report, out of 6,626 felony dispositions in the Superior Court, 2.2% of the criminal cases went to trial. The District Courts had 3,389 felony dispositions, and 0.3% went to trial. Also, the Districts Courts disposed of 23,289 misdemeanor cases, 0.6% of which were concluded by trial. In 2017 and 2018, the percentage of cases that went to trial in these courts included:

This 3-year trend shows that out of all cases disposed of by the courts, only a few cases go to trial: 3.1% of felonies in the Superior Courts, 0.2% of felonies, and 0.6% of misdemeanors in the District Courts.

When Does a Criminal Defendant Have the Right to a Trial?

Anyone charged with a felony or misdemeanor offense in Alaska is entitled to a fair, speedy, and public trial. A criminal defendant also has the right to a jury trial if the conviction could involve a prison sentence. However, Alaska law permits a defendant to waive the right to a jury trial for a bench trial. The right to a public trial is granted by the Six Amendment and Alaska’s criminal laws to any defendant who pleads not guilty to a criminal charge in an Alaska trial court, regardless of the age of the defendant. There are no exemptions to a defendant’s right to trial under these laws.

What are The Stages of a Criminal Trial in Alaska?

Trial proceedings in Alaska generally follow as indicated below:

How Long Does it Take For a Case to Go to Trial in Alaska?

Under Alaska’s speedy trial law, Rule 45, Criminal Procedure, a criminal case (felony, misdemeanor, or violation) goes to trial within 120 days from the time provided in Rule 45(c). Typically, the time to a trial starts running once a defendant is served with a charging document. This length of time does not vary by the severity of the crime. The law excludes certain periods from this time limit, as outlined in Rule 45(d), including periods of delays from the prosecutor, defense attorney, or defendant, provided there is good cause for the delays.

What Happens When a Court Case Goes to Trial in Alaska?

When a case goes to trial in Alaska, a judge or jury is responsible for determining a defendant’s guilt or innocence. In a trial by judge or bench trial, the judge alone decides the case, while in a jury trial, select members of the public give a guilty or no-guilty verdict on the case.

Before trial proceedings commence in a jury trial, a jury is selected. In Alaska, six jurors sit for misdemeanor trials in the District Courts, and 12 jurors sit for felony trials in the Superior Courts. The jury selection process is referred to as “Voir dire.” During the selection, the judge questions the jurors regarding their impartiality and qualifications, and both attorneys (prosecution and defense) may also question the jurors. Per an attorney’s request, any juror can be dismissed without a specific reason. This is known as a peremptory challenge. In felony trials, each side has ten peremptory challenges. In misdemeanor trials, the number of peremptory challenges per attorney is three.

Trial proceedings begin with opening statements from the prosecution and defense. Each side states what they will prove, by means of evidence, about the case. Since the burden of proving a crime was committed rests on the State and, in turn, the prosecutor representing the State, the prosecution goes first to present State’s evidence. This evidence may be in the form of witnesses, photographs, exhibits, documents, or laboratory test results—the goal is to convince the jury of the defendant’s guilt. The defense presents evidence after the prosecution to raise doubt over the prosecution’s case. However, the defense has the right not to present any evidence. The defendant also has the right to either testify or not testify at a criminal trial. After each attorney questions a witness, the other attorney may cross-examine the testifying witness. At the end of the defense’s presentation, the prosecution may rebut or challenge the defense’s evidence. When the prosecution and defense rest their cases, closing arguments are made. In these arguments, both sides summarise their cases and facts raised in the trial to convince the jury to rule in their favor.

After the closing arguments, the judge instructs the jury on the laws concerning the case, and the jury deliberates privately on a verdict. Once the jury reaches a unanimous decision, the verdict is announced to the court. For a guilty verdict, the judge may sentence the defendant immediately or set a sentencing date. For a not-guilty verdict or acquittal, charges are dismissed, and the defendant is released and cannot be tried for that crime again. When the jury cannot reach a unanimous verdict, also known as a “hung jury,” the jurors are discharged, and the case may be tried again by the prosecution at a later date. However, if an error or mistake occurs in the trial or in the jury’s deliberations, the judge declares a mistrial, and a new date is set for trial.

Can you be Put on Trial Twice for the Same Crime in Alaska?

How Do I Lookup a Criminal Court Case in Alaska?

Any resident may search and lookup information on active concluded or reopened criminal court cases in Alaska using the CourtView Public Access platform. However, only non-confidential information can be accessed on this site. To search and view a case, an individual may use the case number, name, or ticket/citation number search options to obtain results. Similarly, third-party websites like CourtRecords.us provide this information to the public.

How Do I Remove Public Court Records in Alaska?

Usually, arrest records and convictions may be removed from public view or access by petitioning a court for post-conviction relief: sealing or expunging a criminal record. Unfortunately, Alaska does not offer this relief if a person has been convicted of at least one criminal charge. However, for certain first-time offenders, the court may suspend the imposition of a sentence (SIS) and, after completion of probation, set aside a conviction (Alaska Stat. § 12.55.085).. When a conviction is set aside, it ceases to have any legal effect on the relevant party. It is important to note that a set aside does not constitute an expungement in Alaska. By law, non-conviction records of any individual acquitted of a charge or who has had a criminal charge dismissed are confidential (Alaska Stat. § 22.35.030). Persons with dismissed or acquitted charges may also petition the court to seal their records from the public index, using Form TF–810. 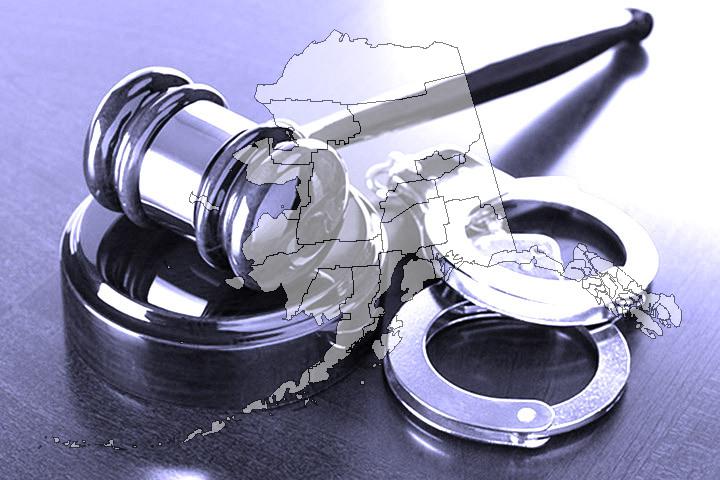